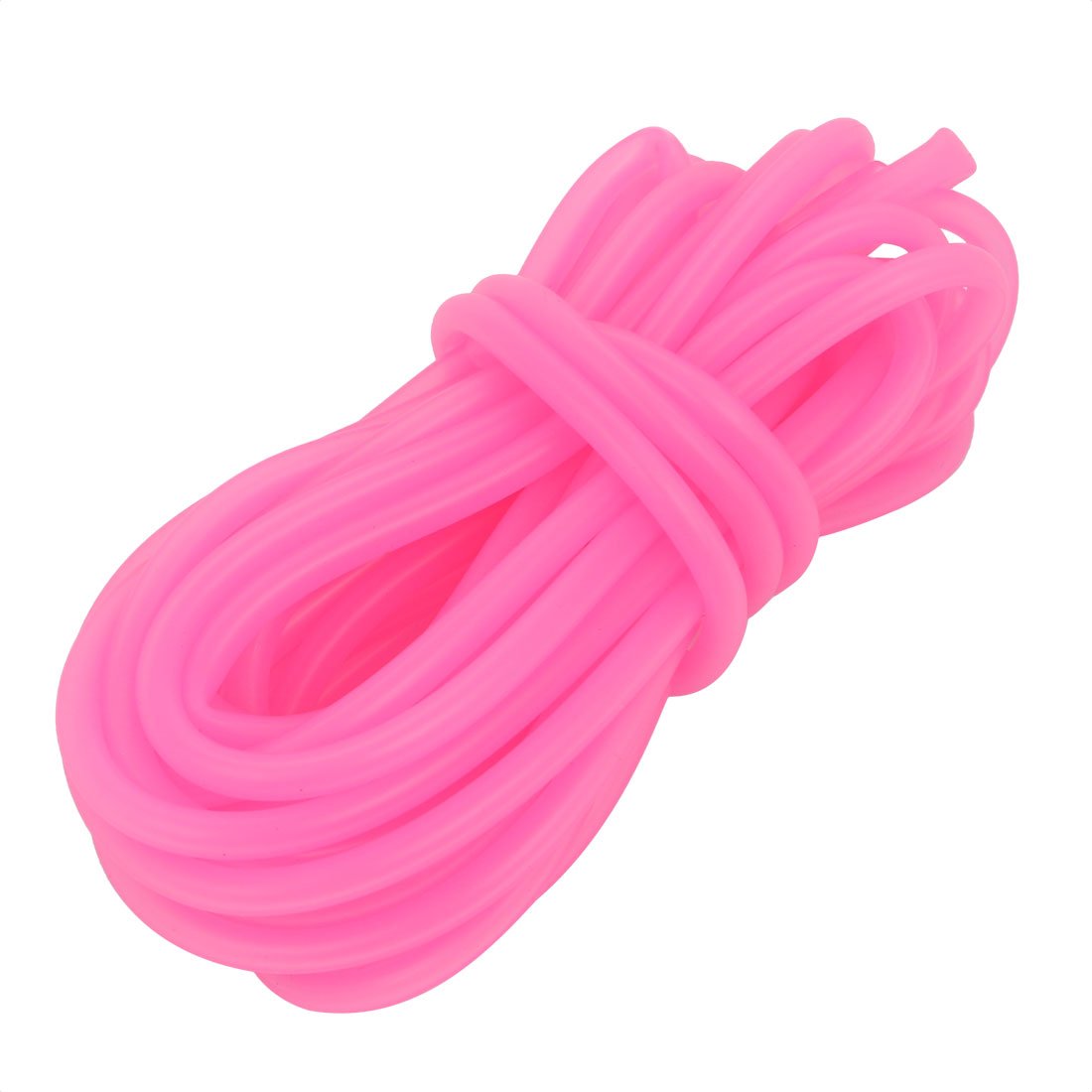 Descriptions:
This , 100% brand new Silicone tube is designed for a variety of pump and transfer applications. This hose is , tasteless and inert ,The tubes are able to withstand a high temperature of 180C (intermittent) and are available in various internal diameters and wall thickness.


Having issues logging in? Use the below link.
Log In

Want to see what is being done to the site as it's happening? Follow Gidono on twitter!

Join us in our in game chat channel.
/join serverwide.allakhazam:allakhazam

ZAM Premium is now much cheaper! Only $2 a month now. Click here to signup!

Other Expansion Guides:
- Call of the Forsaken | Rain of Fear | Alaris | House of Thule | Underfoot | Seeds of Destruction | Other guides

The Plane of War:
- Where to Start: Getting Into the Field of Strife

Here is our monthly update.

We have been developing new things for the site! These new features will be released in a batch in the future once I get all of them finished and tested, so stay tuned.

Also, it's that time of the year, Darkpaw developers are recruiting guilds for raid testing so that means it will be time to start working on entering information for the expansion into the site.

Last but not least, click Read More... to see all of the content updates to the site for September.

The September game update is here folks. If you want a preview of the changes in the patch, check out the test update thread here.

I'll post the patch notes here once they are available.

- Agents of Change are now available for All Access members on all servers.

- Bloogy Shellcracker will no longer accept Water Dragon Meat. However, his brother, Roogy Shellcracker, will be able to help you with that.
- NPCs that have an active loot lock will now only accept trades from players who belong to the credited party.
- Cikdew has found her voice and will be looking for assistance during Nights of the Dead.
- Arlien Browch has been seen hauling a large shipment of pumpkins. She should reach the Commonlands Tunnel just in time for Nights of the Dead.
- The mission Gorowyn: Balance of Power now correctly references Gorowyn as the target zone in the Quest Journal, rather than Chardok.

- Fixed an issue where Steadfast Servants would refuse to cast Servant's Haste on players who have unlocked any ranks of the Item: Hidden Power / Ancestral Memories AA ability line.
- Dark Rites charges are no longer consumed when memorizing spells.
- Updated the confirmation popup box for translocation spells to not disappear if you enter combat.
- - Updated the confirmation popup box for translocation spells to last for 2 minutes.
- - Updated translocation spells to (once again) be cast by casters if they are in combat and land on targets that may be in combat.
- Corrected an issue where the Gambit line of Wizard spells could cause the Wizard to damage themselves with an offensive proc.

- Made a speculative fix to missing Overseer quests.

- Fixed an issue with the loot on some prominent Velious raid targets that prevented proper randomization on Mischief and Thornblade.
- Reduced the respawn time of Gloradin Coldheart by some amount.

- Corrected an issue where NPCs would drop you from their hatelist if you were too far away under the wrong conditions.
- Agents of Change are now available for All Access members on all servers.
- Login timeout errors no longer display the wrong error message, such as "String not found."
- Added a chat message when receiving a translocate.
- - The dialog box from the kickplayers command will no longer invalidate other dialog boxes, like those from translocation spells.
- - Translocation spells can now be cast on yourself.
- Broadcasts of system-wide messages will now always have a single space before the message is displayed.
- Logging in with 500 or more items in your Item Overflow will now display a message, suggesting you collect your belongings.

We have plenty of updates for the month of August.

I've started developing on the site again so stay tuned for more features and fixes for the site in the future.

Update: The item collector is patched.

The game update for August is coming tomorrow folks.

You can take a look at the test patch notes to get a preview of what's to come.

I'll post the patch notes here once I see them.

- Corrected an issue where many Scars of Velious quest items were not flagged as usable in quests.
- Corrected a typo in the names of Cleaver of Vengeance and Endpoint, Greatbow of Vengeance Ornament.
- Rat Ears have been removed from all merchants.
- Updated the Misty Acorn to look like an acorn rather than a leaf.

- Tradeskill Auto-combine will no longer stop randomly from lag.

- Vulak`Aerr Raid (Sleeper's Tomb: The Call) - Fixed an issue that could cause the first instance of the auras on the central platform to appear at the same time as the message warning that they are about to appear. To help clarify, the messages are like this: The crystal over the central platform glows and sends power into the yellow crystal.
- Dream Master (Sanctus Somnium Raid) - Fixed an issue where the puzzle grid was not visible.
- Trial of Fire (Plane of Justice) - Added a speculative fix for an issue where this trial can fail to reset.

- Added a chat message if you attempt to use a spell or AA ability which triggers another spell that you don't have scribed.
- NPCs that use Cazic Touch will no longer have numbers in their shout message when targeting mercenaries.

- The weaker monsters in Heart of Fear will no longer drop valuable loot.
- Fixed an issue that prevented Findlewill in Meldrath's Majestic Mansion from respawning, though you still have to kill "a crew chief" to actually get him to respawn.

- Overseer quests meant for the infamous Clockwork VIIX no longer insist that he really IS a Clockwork when in fact he is very much a Gnome.

Plenty of updates for the month of July.

The item collector was patched so we are trying to get caught up on the items that have been uploaded.

Thanks to those who are uploading!

Here are the patch notes for the July 2021 Game Update.

- Rat Ears will no longer be available for purchase from merchants until The Serpent's Spine is active.
- Items that are contained in the Past Expansion Collector's Edition Bundle are now flagged as Heirloom.
- Added text to Guild Teleport items to indicate which zone each item will align the teleporter to.
- Fixed a typo in the Velium Endowed Censer's name.
- All past Heritage Crate wrapped furniture items can now be placed in neighborhoods without having been unwrapped. Restrictions to unwrap these items have now been removed, with the restrictions having been moved to the teleport spells when applicable.
- Renamed the Masterwork Axe Components used for Berserker abilities to Fine Axe Components. Everything will be fine.

- Reduced the respawn time for Kurron Ni from about 84 hours to about 4 hours.
- Balls of Ice and Stone and an earthen prison in the Vulak and Aaryonar raid events can now be targeted by bolt spells.

- The /disc command has been updated to accept partial discipline names.
- Fixed several instances where bolt-style spells were appearing as bags in flight.
- DoTs and Hate-over-time spells no longer apply hate to players after death or evac.
- Berserker - Corrected the progression of the riposte chance benefits on Ritual Scarification. The values for Rank I and Rank II were swapped.
- Berserker - Raised the HP caps on all ranks of Ritual Scarification.
- Necromancer - Corrected a bad description for Ashen Skin and Frozen Skin.
- Paladin - Increased the stun level cap for Force of Orthiss and Force of the Jade Cohort by 5.
- Rogue - Corrected an issue in the description for Dissident Weapons and Composite Weapons.
- Rogue - Adjusted Pinpoint Defects to improve over previous abilities in the line. All ranks now reduce the target's evasion by 7 percent. The spell now adds an additional amount of damage to every melee strike from the rear arc of its target.
- Multiple Classes - One-tick buffs that trigger other buffs (like Unity buffs or some progressive spells) will now count down in non-combat zones rather than blinking forever.

- Warrior - The Combatant's Pact description now explicitly lists that it focuses both Druid and Cleric versions of promised healing spells.

- Fixed an issue that prevented The Buried Sea Hunter achievement, Brineslayer, from being completable despite having already completed the Adept Hunter of the Buried Sea achievement.

- Keys should now drop from the appropriate NPCs on randomized loot servers.
- Removed the auto AFK kick from Aradune.

- Fixed a client crash related to spell particles that would occur most commonly in Claws of Veeshan raids.
- The output from /who now includes the full zone name in addition to the short name.
- Corrected an issue that caused Accuracy, Avoidance, Combat Effects, and Damage Shield Mitigation to be under calculated.
- Merged Selo onto Povar.

Plenty of updates for the month of June.

Click on Read More to see all of them.